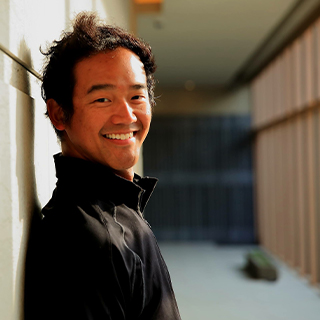 Erwin Benedict Valencia is currently the Team Physical Therapist and Assistant Athletic Trainer of the New York Knicks. He also acts as the team’s Wellness Lead, initiating the team’s mindfulness program, including the first ever daily in-season breathwork program in the NBA, a passion he’s been personally practicing for more than 30 years. He brings a truly “whole-listic” approach to athlete wellness and performance, combining his knowledge in sports science and rehabilitation, manual and movement therapies, mindfulness, positive psychology, biohacking, and well-being coaching.

Raised and educated in the Philippines, Erwin is the first Filipino to be on the medical staff for both an NBA and Major League Baseball team. Prior to joining the Knicks, he was the Major League Rehabilitation Director of the Pittsburgh Pirates for eight seasons. In 2013, he founded the socially-responsible global education company KINETIQ, that changed the way sports medicine workshops were done by bringing an element of personal growth in each of the “Happenings” around the world and launched the first ever co-working space curated specifically for sports performance enthusiasts South Korea in 2016. His social initiative, #BeyondMedyo brings mental health awareness to the underserved youth of the Philippines about the changing landscape of possible successful industries they can get into beyond what culture dictates as “normal”, and his non-profit 501(c)3 mentorship program, Grasshopper Project, brings true mentorship possibilities to many in the health, wellness, and performance fields otherwise left without guidance to succeed in the industry. He continues to serve as the Director of Medical and Performance Services for Baseball New Zealand and is a Mindfulness/Mental Conditioning Consultant to Watford Football Club, and consults for the South African Baseball Union, Czech Republic National Baseball Team, LG Twins Professional Baseball Team, and is the Sports Physical Therapy Expert for the Philippine Physical Therapy Association.

He begins everyday in GRATITUDE and has found it his duty and responsibility to truly live life zestfully– with the purpose of inspiring young Filipinos (and non-Filipinos) to pursue their dreams, be in service of others, and bring global impact, in whatever field they’re passionate about.